How to have the other ‘p’ talk without scaring kids

It’s essential to know how to have the other ‘p’ talk without scaring kids. Predators are everywhere online, but more prevalent on platforms that attract children such as games and social media. Unfortunately, we can be guaranteed they will be on the prowl for children alone on their devices during this unprecedented global pandemic.

According to the Australian Centre to Counter Child Exploitation (ACCCE), the increase in young people (including children and infants) accessing the internet has seen a corresponding upward trend in cases of online child sexual exploitation, including grooming, image-based abuse, and the spread of self-generated sexually explicit material.

Parents seem unaware of the very real dangers this poses for their children and an ACCCE survey found that 51% of parents say they do not know how to keep children safe from online sexual exploitation.

As with anything, there is a scale of ways that children may self-generate content or interact with predators. For example:

The severity of outcomes vary, but the urgent warnings issued by cyber safety experts and authorities are on the rise. The impacts can be extensive and parents have a critical role to play in protecting their children and preventing them from creating sexual content in their bedrooms or alone on devices. These images are very difficult (at times impossible) to remove, and can surface years later.

In 2018, the ACCCE Child Protection Triage Unit received almost 18,000 reports of child sexual exploitation, each of which can contain hundreds or thousands of images and videos. Relating to offenders, a 2019 UK report found that reported cases in the previous year had risen by one-third (4,373 offences of sexual communication with a child compared with 3,217 in the previous year). The data revealed that where age was provided, 1 in 5 victims were aged just 11 or younger. Reports are rapidly rising around the world, and as such, countries are uniting to call on tech companies to help them address this massive global issue.

A 2015 study by the Internet Watch Foundation on youth-produced sexual content online, found that when sexual content by children or youth is uploaded online (either willingly or coercively), 90% of the images or videos are reshared elsewhere—most often on predatory sites. This means that control over its removal or onward distribution had been lost.

… parents are being left behind while predators evolve their methods and target new platforms.

Predators intention for speaking with your child online is to groom them. According to the NSPCC, grooming is when someone builds a relationship, trust and emotional connection with a child or young person so they can manipulate, exploit and abuse them. Children and young people who are groomed can be sexually abused, exploited or trafficked.

So where do we start to protect our children from the rapid escalation of online predatory behaviours?

The below points are essential in preparing for the regular and tricky conversations we need to have with our children.

Children need to know the correct names for all body parts. Researchers who explored the prevention of childhood sexual abuse report that:

Children who lack sexual knowledge may be more vulnerable to sexual abuse. Some sexual offenders avoid children who know the correct names for their genitals because this suggests these children have been educated about body safety and sexuality. They also explain of a case where a convicted offender (who had assaulted 75 children by the time he was stopped) reported that when children knew the correct terms for their different body parts, he would leave them alone.

The researchers go onto explain that not only does teaching kids the correct names for all body parts assist with the prevention of sexual abuse and disclosure if it does happen, it also helps children to have a positive body image, gives them “naming power” (to assist with confidence), and lays a good foundation for sex education.

Talk to children about tricky people rather than strangers. We use the word “tricky” as some groomers can, in fact, be someone the child knows. Although this article is addressing online predators who are primarily strangers, keeping to this word helps a child understand the message.
Safe and Unsafe secrets:

Regular age-appropriate conversations about predators from a young age are essential.

Here is an actual example of a conversation between a mum and her 6-year-old-son. Whilst this mum has not yet allowed her son to have access to the internet, this conversation can equally apply with children who are accessing online spaces.

Can I play on your phone Mummy?

No, darling. There are some ‘tricky’ people on the internet who are not very nice and try to scare children. It’s Mummy’s job to keep you safe. Tricky people sometimes put ads on games like Minecraft or Roblox or on YouTube, and if you click on it you might see something scary or that you won’t understand.

Like people kicking or smacking each other or monsters?

Exactly! And some tricky people even put photos of people with no clothes on doing strange things.

Oh like the naked man on the beach? (we had stumbled upon a nude beach on a bushwalk a number of years ago).

Sometimes they will pretend to be your age and will want to play the game you are playing too. They may tell you things or send you pictures or even ask you to send them pictures and tell you not to tell anybody.

What kind of secret do you think that would be?

That’s right! Remember a safe secret never lasts long. It’s usually a surprise like a present for someone, or a surprise party. It gives you an excited or happy feeling. But when you get that funny feeling in your tummy or you feel like there’s something stuck in your throat, you know it’s not a safe secret.

If that ever happens, remember it’s never your fault. It is always the tricky naughty grown up’s fault and you should come and tell mummy or daddy or another safe person.

And you won’t be cross?

Never. Even if it’s something I’ve asked you not to do, because sometimes we all make mistakes.

Do you make mistakes Mummy?

I do, everyone makes mistakes.

And will you be cross with the tricky person?

Yes, but I’ll always know what to do. You won’t have to worry about it again because Mummy will sort it out and you’ll feel safe. Remember it’s my job to keep you safe.

This may seem like a long chat and sometimes the whole chat is not possible. Be mindful of your child’s cues—the minute they seem to have lost interest, move onto something else as lengthy conversations often don’t work and may make it more difficult to raise the subject again.

There are many opportunities to drop fragments into conversations. Body safety (correct names for body parts), tricky people, or safe and unsafe secrets are something that can be discussed every few days. The moments can be brief but the seeds must be sown.

Children’s books to help with tricky conversations (such as pornography) can be found on our resources page, along with a list of protective behaviours educational resources. In particular, look out for “Someone Should Have Told Me” by Holly-ann Martin. One thing is for sure–it’s a “must” to have the other ‘p’ talk with kids.

This article was authored by Jen Hoey, Parent Cyber Safety Consultant and founder of Not my Kid. Learn more about Jen and her mission to preserve childhood and keep all children safe from online child exploitation by empowering their parents through education.

If you are in Australia and need help with a cyber safety issue, the eSafety Commissioner can help. eSafety can investigate cyberbullying of children, adult cyber abuse, image-based abuse (sharing, or threatening to share, intimate images without the consent of the person shown) and illegal and restricted content. Report online harm here.

Report concerns to the Australian Center to Counter Child Exploitation (ACCCE) about inappropriate behaviour towards children that you find online. This service can be used to report: 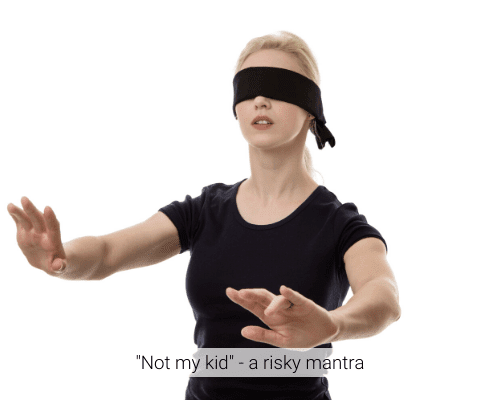 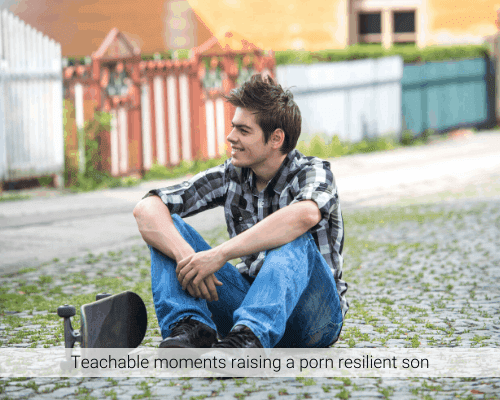 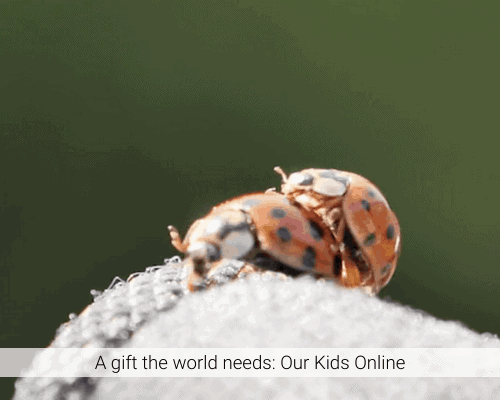 A gift the world needs: Our Kids Online